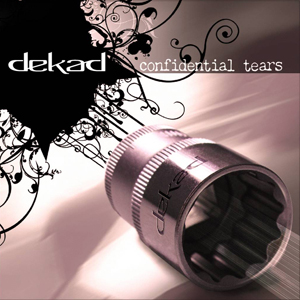 The new album of the electropop/wave dandies. Two years after their first album, "Sin_Lab", Dekad return with second album "Confidential Tears". More solid and with a very neat and strong sound.


Two years after a first album, Sin_Lab, well received both by critics and electropop "connaisseurs" , Dekad comes back with a second album called Confidential Tears. More solid and with a very neat and strong sound, this new album presents 12 new tracks, each one being a potential single. The lyrics deal with the complexity of human relations and feelings. Musically, the band explores new grounds in their music while remaining faithful to their electropop style with EBM and new wave influences.